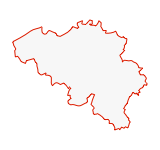 In the federal state of Belgium, where a number of policy domains are legislated by the regions or communities, integration and civic integration policies are characterised by fragmentation. Policies in (Dutch-speaking) Flanders, (French-speaking) Wallonia and (bilingual) Brussels differ – Flanders and Wallonia have their own integration policies and in Brussels, both policies are in place although until today non-compulsory. In the present report, information will be provided for Flanders, Wallonia and Brussels, focusing on integration trajectories and social orientation courses in particular.

Increased migration flows have been profoundly impacting European States and…

The Welcome to Antwerp App is implemented by Atlas Antwerpen…