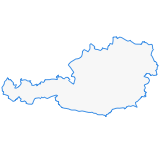 In the autumn of 2015, as a result of the refugee flows, the Austrian Parliament decided to establish value and orientation courses for refugees and subsidiary protection status holders and to offer them via the ÖIF (Austrian Integration Fund). The aim of these courses is to offer social orientation and information about the rules of life in Austria to those, who have a “different cultural background”. In December 2015, the ÖIF launched the pilot operation of these workshops on social orientation and in the beginning of 2016, the courses have been implemented nationwide in regular operations. Parallel to these offers, the government decided to promote the “Startpaket Deutsch & Integration”, in the framework of which the Federal Ministry of Interior, the Federal Ministry of Integration and the Federal Ministry for Social Affairs together developed a coordinated language support strategy.

Start Wien is aimed at quick orientation and sharing of…

The concept and curricula of the obligatory AIF social orientation…