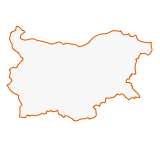 Current sporadic social orientation efforts in Bulgaria do not show sufficient capacity to counter racist and xenophobic acts either in terms of coverage, as the groups reached are very small, or in terms of regularity, as those are project-based initiatives, most often dependent on EU and other donor financing. Moreover, the areas covered are very few in number compared to the basics of fundamental rights legislation and procedures non-nationals need to know and no easy to grasp, publicly available multi-language information is given on whole sectors of the country’s legal and institutional system. Notably, among those are equality and non-discrimination which is considered ‘too complex’ compared to foreigners’ frequent low literacy levels, and law enforcement, which migrants may encounter both as suspects and defendants and as victims of crimes and other violations.

Increased migration flows have been profoundly impacting European States and…